Indigenous Australians at War: from the Boer War to the present

Aboriginal men and women have combined modern military and uniquely indigenous skills in the service of their country, from the Boer War to contemporary conflicts and peacekeeping. This award-winning Shrine of Remembrance travelling exhibition presents Aboriginal and Torres Strait Islanders stories drawn from all over Australia.

The opportunity to serve in Australia’s armed forces gave many the experience of liberation from racial stereotypes for the first time. Oral histories reveal that while racism might emerge behind the lines, when serving at the front line, all were alike in their concerns to survive and consider one another. The history of conflict between Aboriginal and non-indigenous Australians, combined with the lack of equal rights, throws into perspective the subject of this exhibition. Well before 1967 when Aboriginal Australians received citizenship, these stories of our shared history were unfolding.

A Shrine of Remembrance travelling exhibition, on display at Gab Titui until 27 April 2018. 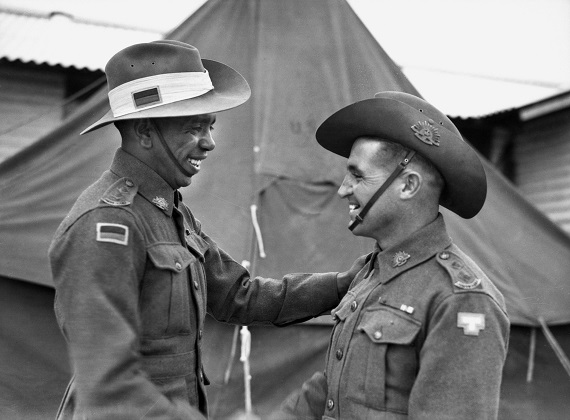