The Torres Strait stretches over 150km from the tip of Cape York Peninsula to the southwest coast of Papua New Guinea (PNG) and covers an area of about 48,000km2.

There are more than 300 islands (17 inhabited) and a multitude of cays, sandbanks and coral reefs scattered throughout the region. 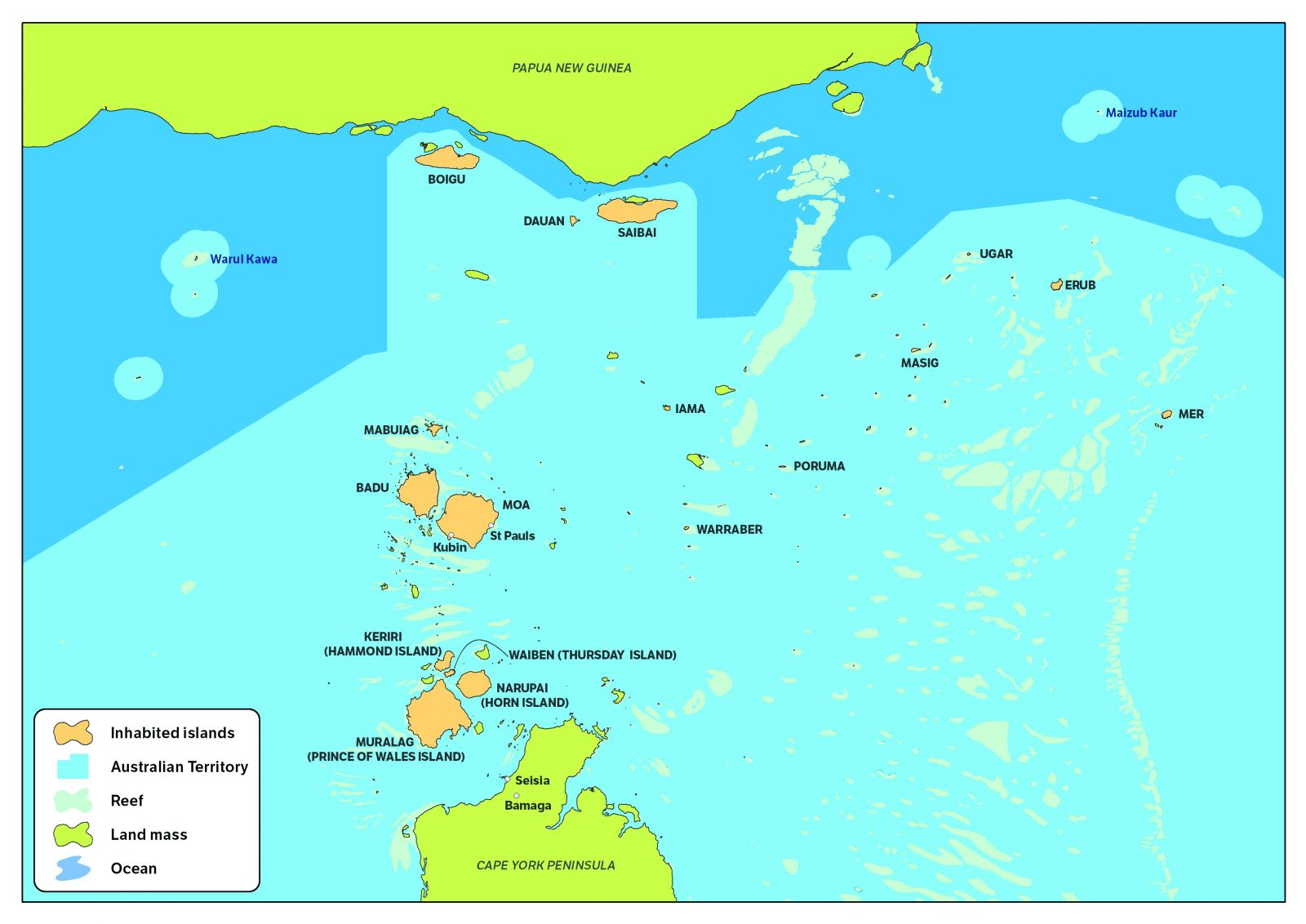 The Torres Strait region is known for its ecological complexity, biodiversity and relatively pristine marine and island environments. The region provides a multitude of habitats for the highly diverse Indo-Pacific marine flora and fauna, including dugongs and marine turtles.  It has the largest continuous area of seagrass meadows in the world, significant areas of coral reefs with high biodiversity, extensive areas of mangroves, and productive fisheries.